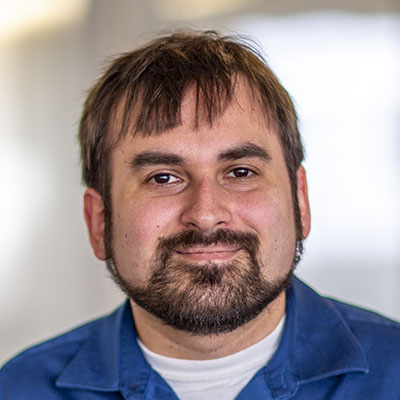 A lifelong tinkerer, Ben grew up constructing computers out of his dad’s spare parts. He’s now a pro at creating websites in Drupal and WordPress out of the code.

Ben’s patience for building computers transposes to building projects in computers. His specialty is building new client sites, a task he enjoys because it allows him to flex his originality and problem solving. He doesn’t shy away from implementing new functionality to existing sites and supporting other development needs either, ready to jump in whenever there’s a bug to fix. Prior to joining IS, Ben developed websites at ICF International and Discovery Education, doing both front-end HTML and back-end PHP. Recently, he’s been adding his JavaScript skills to Node.js and other projects, proving he’s ready to adapt to make every project a success.

Ben has always been intrigued by systems, which is why he earned his degree in sociology, studying how people and societies work. He'd tell you this is oddly applicable to his website-building career. When not making websites tick, Ben likes to spend time with his wife and pets, playing games and enjoying sci-fi.