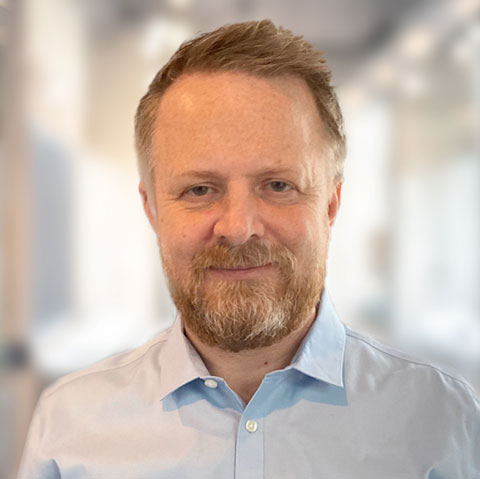 Dean has a 20+ year history in creative services, including advertising copywriting, corporate marketing and Internet consulting. His experience leading and moderating numerous usability studies has helped him develop an innate understanding of user behavior that translates to all his projects. That combined with an equally strong background in information architecture and front-end development results in designs that are as functional as they are beautiful.

Prior to joining Interactive Strategies he was the Creative Director for the Indigio Group, an award-winning web agency based in Denver, CO. In just five years, he quadrupled the size of the company’s user experience team and led the introduction of in-house usability testing as a primary service offering. While at Indigio, his work on the Budget Car Rental culminated in a redesign that was named the industry’s most usable car rental site. Other notable clients included Qwest Dex, Avis Car Rental, Allied Van Lines and several of the nation’s largest newspapers websites, including the Denver Post and the San Jose Mercury News.

When not in the DC office, Dean can most likely be found on a train on his daily commute from Baltimore or lost on the trails of nearby Patapsco State Park. He is the proud parent of Liam and Milo, two happy little boys who keep him on his toes.